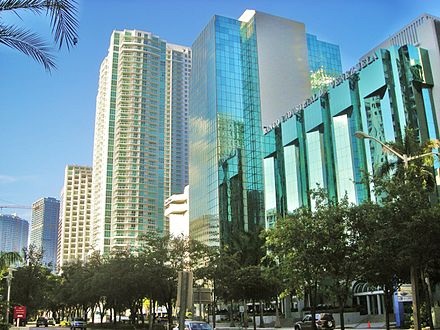 Brickell was settled in the modern era in the mid-1800s by early pioneers, growing to become Miami's "Millionaire's Row" in the early 1900s after the construction of lavish mansions along Brickell Avenue by Mary Brickell. By the 1970s, office towers, hotels and apartments began replacing the historic mansions. Today, 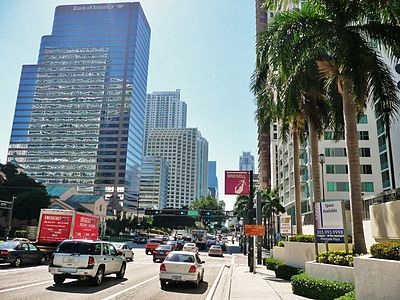 Brickell has grown to overtake the city's historic central business district to the north, as one of the largest financial districts in the United States. With a fast-growing residential population, Brickell is one of Miami's fastest-growing as well as its most dense neighborhood, with a 2010 population of about 31,000. Brickell has a large concentration of wealthy Argentine, Colombian, Cuban,Nicaraguan and Venezuelan residents.Many work in the neighborhood's financial and trade sectors, or live in Brickell part-time. 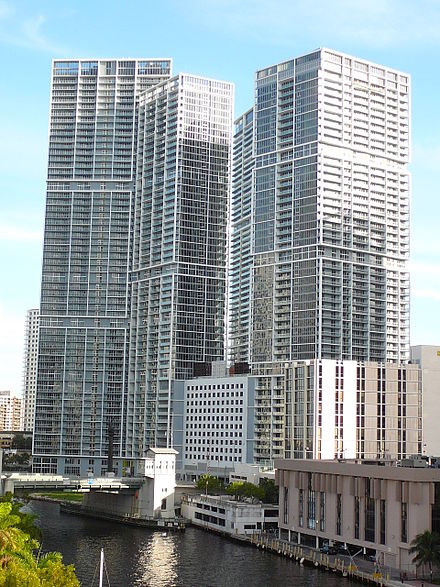 Brickell is a dense, high-rise residential neighborhood with many upscale, luxury condominium and apartment towers. Brickell Avenue, Brickell's main north-south avenue and along Miami Avenue, home to many popular Miami restaurants, shops and places of entertainment. A few hundred feet east of the northeastern side of Brickell is Brickell Key, a gated island of upscale, high-rise residential and hotel towers. 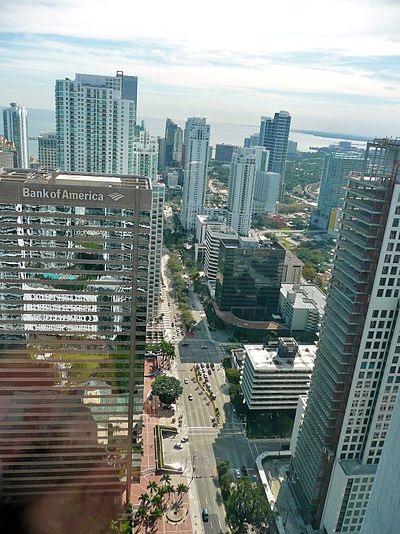 As of 2009, over 190,000 office employees work in greater Downtown.Today, greater Downtown Miami is one of the fastest-growing neighborhoods in Miami, booming from 40,000 residents in 2000 to 80,000 in 2010. Brickell is served by the Miami Metrorail at the Brickell station and by 5 stations of the Metromover's Brickell Loop

As South Florida's primary financial district, Brickell is the core of Miami's banking, investment, and financial sectors. Additionally, along with Downtown Miami, Brickell has most of the state's foreign consulates, including the consulates of Argentina, Brazil, Chile, Dominican Republic, Ecuador, France, Great Britain, Guatemala, Japan, Mexico, Netherlands, Peru, Switzerland, Trinidad and Tobago,Turkey amongst others.

With rapid urbanization over the decades, very little remains of the original character of Brickell. Brickell was originally platted for mansions and large homes by Mary Brickell, which thus led to the name "Millionaire's Row." With the growth of the city, especially in the 1970s onwards, Brickell's character began to change with the construction of high-rise office towers along Brickell Avenue, and high-rise residential towers in lower Brickell, south of SE 15th Road (Broadway). A commercial boom in the 1980s, brought mass construction of office towers to Brickell, and subsequent construction, would further change the neighborhood into the dense, urban, residential and commercial neighborhood it is today. Some of the historic buildings remaining in Brickell can be seen in the photos below. While not a registered historic landmark, Brickell is home to Tobacco Road, which claims to be Miami's oldest bar, in business since 1912.

Find a Home in Brickell